In the twilight-zone, three hundred miles from the North Pole, you don’t take your gloves off without a good reason. My fingers ached as I ran them through the powdery snow, feeling for the hard, stainless-steel bolt that I’d just dropped. The light was fading as we built a small wind-turbine, designed to power a suite of instruments as they operate autonomously for the next year on the floating sea ice. 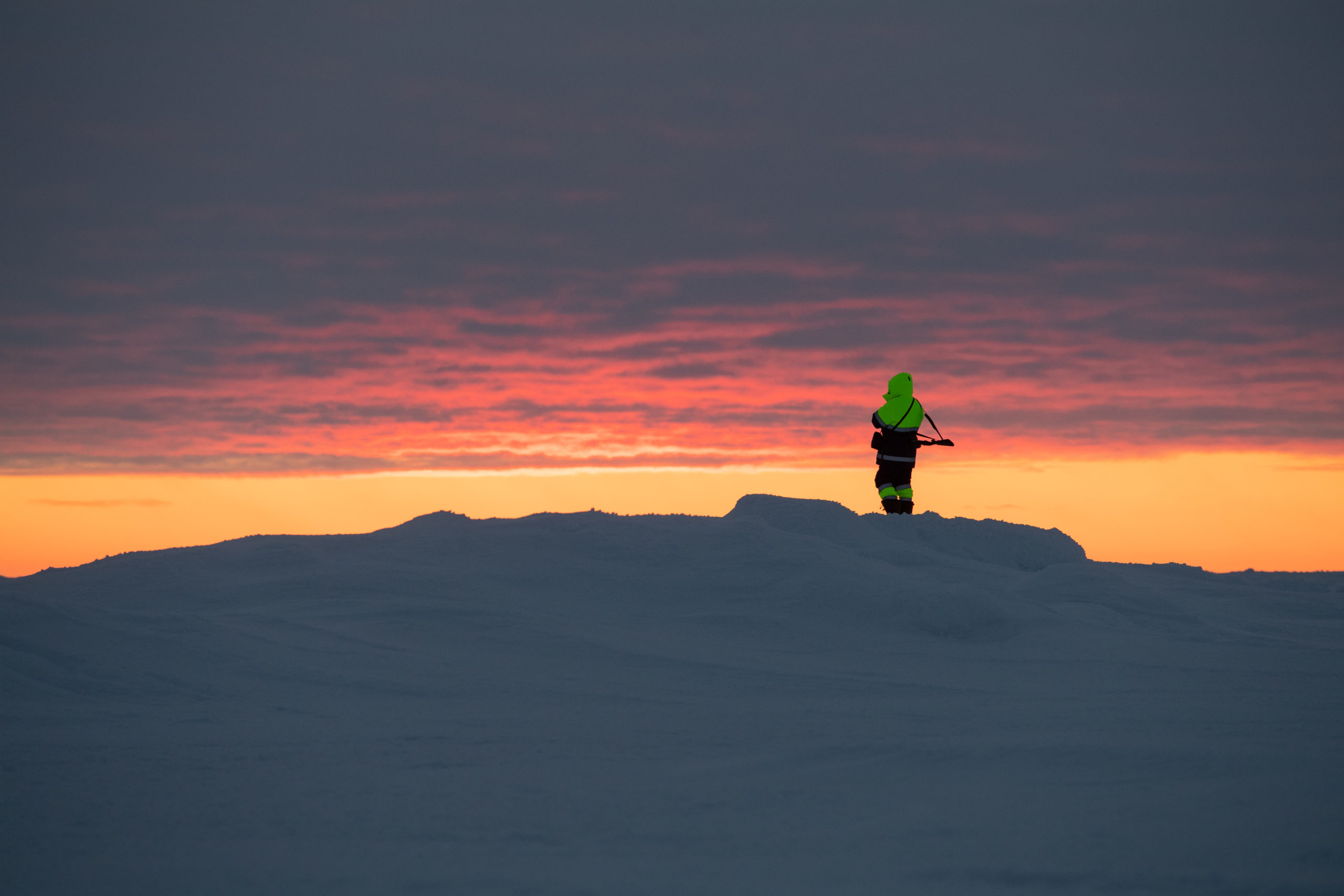 We were building the turbine as part of the MOSAiC Expedition, a vast international push to uncover the scientific secrets of the Arctic Ocean in its months of darkness. Over the next year more than six hundred scientists will take shifts on the German icebreaker Polarstern as it drifts past the North Pole, frozen into the pack ice. It will form the basis of the Multidisciplinary drifting Observatory for the Study of Arctic Climate – MOSAiC for short. Spread out for miles around the ship are hundreds of hi-tech sensors which will monitor their environment and relay data via satellite link. 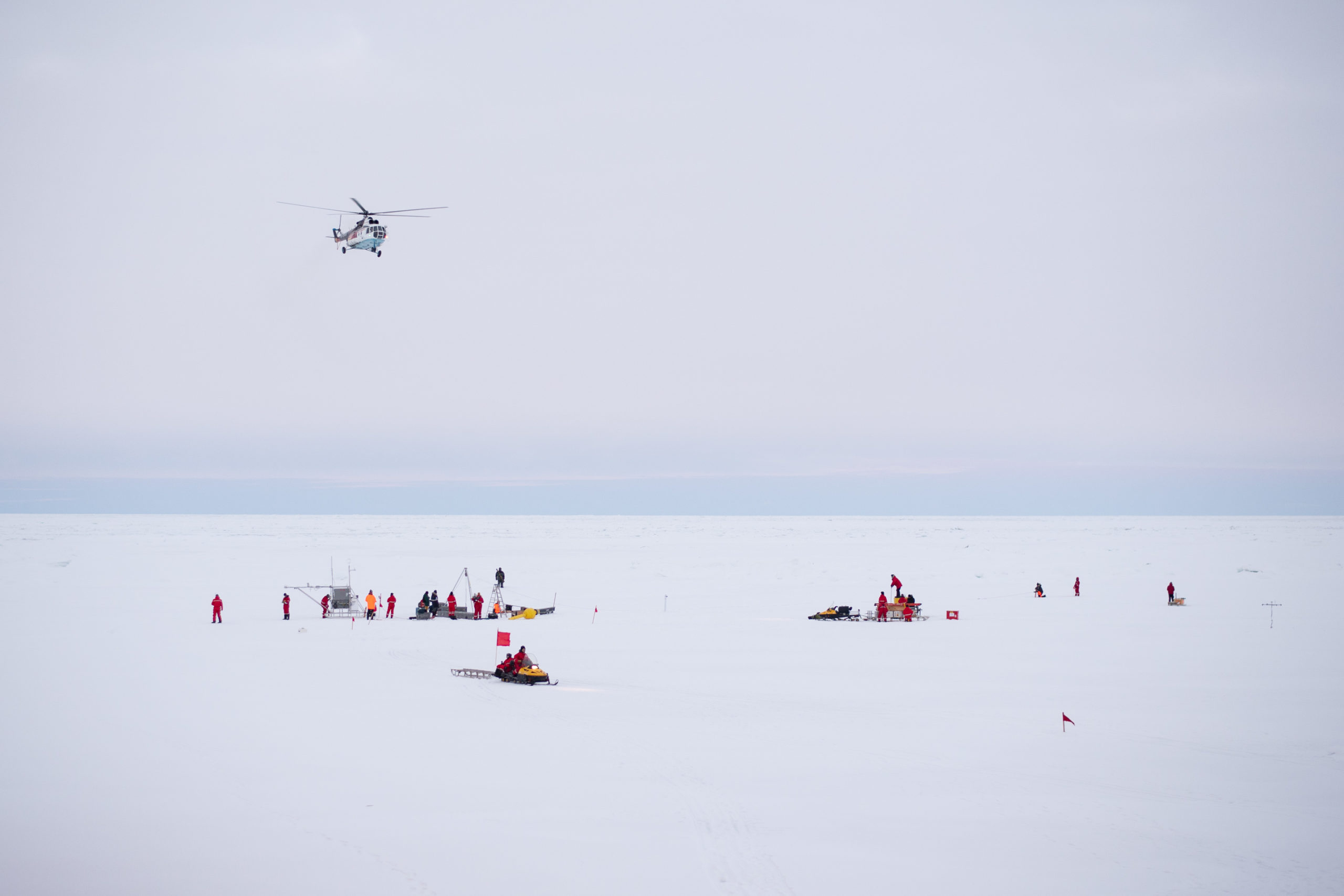 In the early stages of MOSAiC’s planning it was decided to include a group of twenty graduate students in the setup-phase. I was one of two selected from the UK, the other was Sam Cornish, a physical oceanographer from the University of Oxford. As well as helping deploy the instruments on the sea ice, Sam and I participated in an extended workshop on the Arctic climate system while in transit to and from the ice.

The workshop (known as “MOSAiC School”) was a once-in-a-lifetime experience for its participants. While travelling in convoy with Polarstern on board Russian icebreaker Akademik Fedorov, we were taught by top scientists researching the full gamut of Arctic climate processes. Where time and weather allowed, scientists were even helicoptered in from Polarstern to talk.

The team on board Fedorov spent 24 days of its 38 day expedition in the sea ice, deploying 106 sensors at 64 sites in temperatures as low as -25C. On some days the sun would not appear above the horizon, but instead would provide a rotating display of breathtaking sunset tones for hours at a time. Perhaps even more than the sunsets, I’ll remember the extraordinary group of graduate students who helped make the school and the expedition such a success. 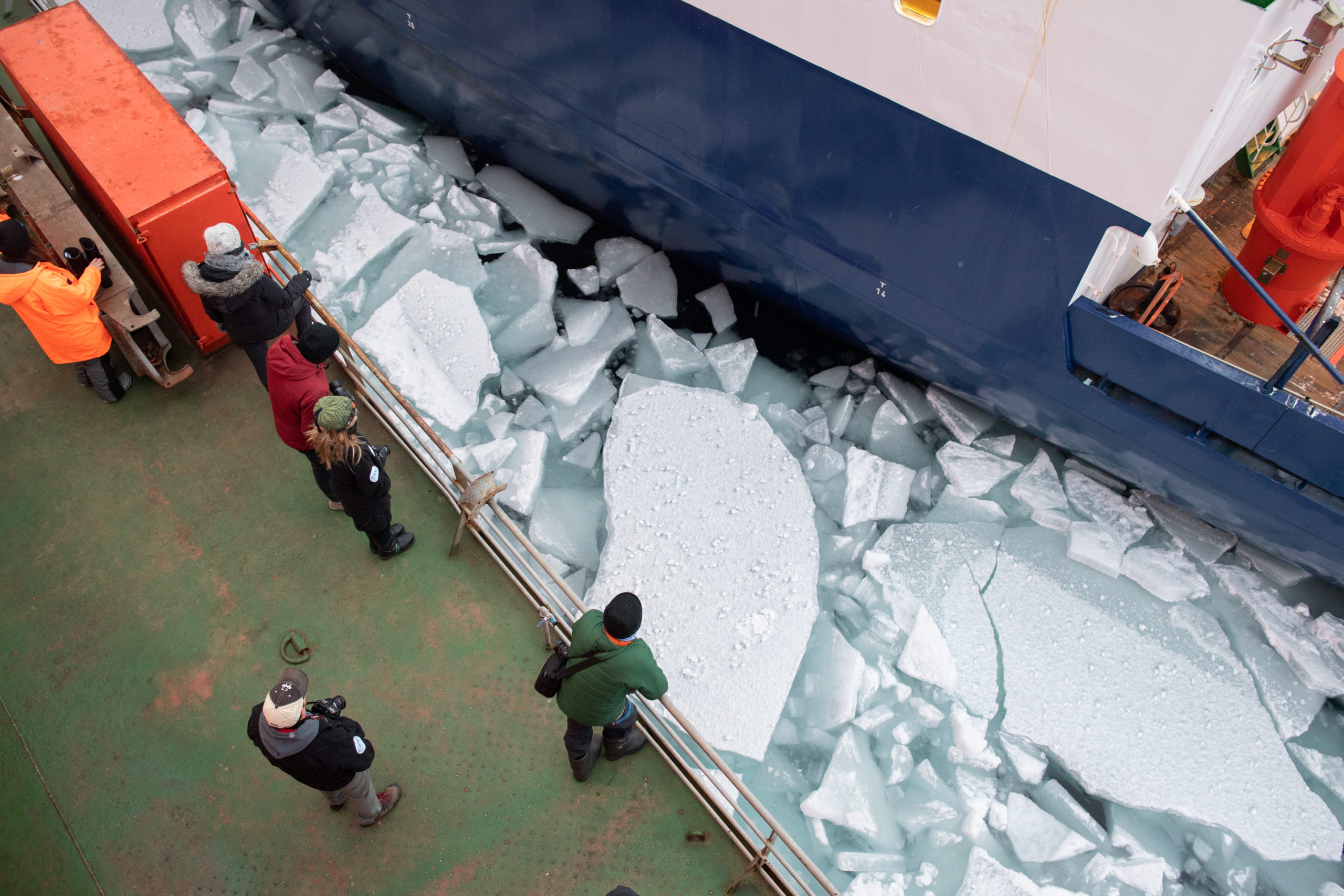 Finally, I’m grateful to those near the top of the MOSAiC expedition for ensuring that graduate students like me could be involved via the Association of Polar Early Career Scientists (APECS). Special thanks to Dr. Tim Stanton who, on top of permanently advocating for our involvment, also found a spare bolt for the wind-turbine.

By Robbie Mallett, with photographs by Sam Cornish