One of the great joys of my role as BEIS Chief Scientific Advisor is the enormous diversity of the subjects I get to engage with. So, despite what I think of as a pretty varied career, getting to grips with Arctic science in Berlin last week was a whole new experience. The occasion was the 2nd Arctic Science Ministerial meeting, with over 30 countries and six Indigenous Peoples’ representatives gathered together to agree a way forward in increasing our ability to understand, and respond to, change in the Arctic. It was a pleasure to represent Sam Gyimah MP, the UK’s Science Minister, at this forum and to meet counterparts, from so many nations, all of whom are investing time and energy in finding common solutions.

My experience of the Arctic has been a remote one. Literally in my case, given my professional background in the design and engineering of satellite technology. So I know how crucial satellite sensing is to understanding the rapidly changing environment of the polar regions. It was still all too sobering to hear the figures on the pace of change in the Arctic: a third of summer sea ice lost in the last three decades; the Arctic is warming at twice the rate of the planet as a whole; a 2 degree C global temperate rise meaning an almost completely ice-free Arctic once every ten years; and all with dramatic social and economic implications for the four million people living above the Arctic Circle. And not to forget the global effects of that change – the risk of profound and lasting impact on weather patterns and climate in the mid-latitudes.

While we certainly know some things about environmental change in the Arctic, it remains one of the most under-sampled and under-researched parts of our planet. Knowledge can never be 100 per cent perfect, but in the Arctic we are a long way from being close to that. The result is that we know less than we should about the role that Arctic change will have in global terms. That has been a source of worry for researchers and policy makers across the globe, including the UK.

So this second Arctic Science Ministerial – the first was in Washington DC in 2016 – was brought together to focus the minds of Arctic states and countries with strong Arctic scientific track records and related interests. The task was to agree practical action to: get better observations in the Arctic and find ways of effectively sharing expensive science kit like ships and research stations; understand the links between local and global effects; and to help build up the resilience of the Arctic environment and its societies. Our Ministerial meeting built on a larger event the previous day – the Arctic Science Forum – at which 280 preeminent researchers – including nine from the UK – highlighted the key challenges and opportunities.

The United Kingdom has a lot to offer here and the facts speak for themselves. Worldwide only the US, Russia and Canada produce more quality Arctic science. We have capable ships, planes and stations – not forgetting our new autonomous submarine Boaty McBoatface of course – and we are investing more than ever before in them through the Natural Environment Research Council (NERC), together with strategic programmes to advance our understanding of  the changing Arctic ocean and the effect on its ecosystems.

International engagement is of course central to this process and the UK has been working closely with partners from the Arctic States and beyond. In 2019/2020 – thanks to BEIS and NERC investment – six UK research teams will be joining the MOSAiC expedition which will see the German icebreaker RV Polarstern frozen in to the drifting Arctic Ocean ice for a year. We continue investing in the next generation with a new round of the UK-Canada Bursary Programme which supports scientists starting out in their careers team up with Canadian colleagues to tackle key questions of Arctic change. None of this is enough by itself, but the UK punches well above its weight in Arctic science and with all our other partners we are making a real difference.

The meeting in Berlin culminated in all the representatives signing the Joint Statement, committing everyone to redouble their efforts to better understand and respond to change in the Arctic. There are many statements and many meetings – the skill is in following through on the good ideas and persevering with the best. One area that I think offers real rewards is to incentivise collaboration between different international funding agencies. It is no easy task. But we do it in some areas already and we should do it in more. The creation of UK Research and Innovation makes that interaction even more important and, for the UK, more likely.

It was great to see BEIS, UK Science and Innovation Network teams and the NERC Arctic Office working closely together to maximise the impact and reach of the technical and research expertise that we have in the UK. There is much we need to make progress on, and not a moment to lose, but we are moving in the right direction. 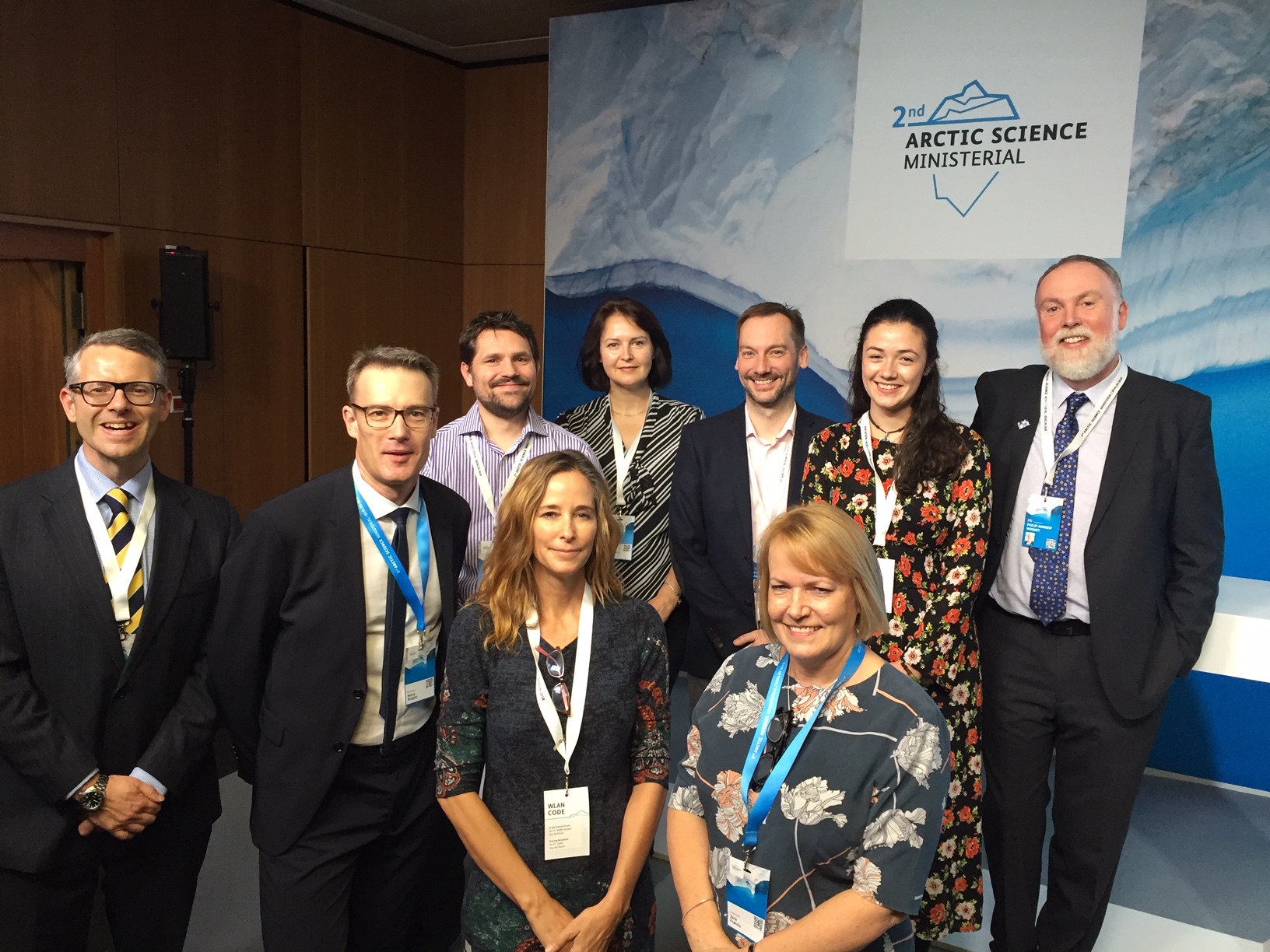