Early career researchers in the UK-Russia Arctic Early Career Group met at Polar2018 in Davos on 19 June 2018 to further develop the cooperation begun earlier this year in Moscow and Cambridge.

It is a pleasure to support this work from the NERC Arctic Office, in cooperation with APECS Russia, UK Polar Network and the UK  Science and Innovation Network.

A common maxim in the earth sciences states that “to understand the planet, we must first understand the Arctic”, because it is the most sensitive region to climatic change and drives global-scale climate-amplifying feedbacks. However, the expansive Russian Arctic currently represents a comparative research blind-spot. This paper reports upon a recent project aiming to stimulate new collaborations between early-career Arctic researchers from the UK and Russia. This timely project aimed to identify barriers to research collaborations and to develop new working groups that can capitalise on the diverse knowledge and resources available to researchers in both countries. This especially true because the Russian Arctic offers unique opportunities to study landscape systems across large latitudinal gradients, including high mountains, foothills, forest and tundra linked by major river networks. We also point out that in a period of tension between the two countries, the success of this project demonstrates the potential for scientific collaboration and science diplomacy to transcend national level politics, especially important among early career researchers whose collaborations can continue for decades into the future.

A key area of challenge identified at the workshop was uncertainty regarding processing  visas, permits and permissions for sample transport and the possibility of time-sensitive samples being delayed in returning to UK laboratories. There was major uncertainty surrounding access to field sites  While Russian Arctic research infrastructures are accessible for international scientists, the lack of communication, joint projects and collaborative environment builds additional barriers for field studies. Within both the UK and Russia there are challenges associated with funding availability for projects of sufficient flexibility and longevity to establish long term collaborative links. Differences in national financial mechanisms and systems can be a barrier for developing collaborations, but this is also common to other multinational Arctic projects.

While there may be a wealth of measurements and observations reported in Russian language literature, this is rarely accessible to English speaking researchers, meaning that the Russian Arctic is a comparative blind-spot in international understanding of the Arctic as a whole. Similarly, much of the English-language research is inaccessible to those researchers who operate only in Russian. Therefore, a key challenge for future research is to determine what is already known about the Russian Arctic and to place it in context with the current state of knowledge elsewhere. It was suggested that there may be some cultural differences regarding research styles, with UK researchers more hypothesis driven, while Russian research is focused more on measurement and monitoring. In this regard collaborative initiatives such as the present project will help to bridge between the contrasting scientific cultures.

There is a clear rationale for building collaborative links between researchers in the UK and Russia, especially between those who identify as early career, who are most likely to establish relationships that will continue to be beneficial years or decades into the future. Scientifically, there is a huge opportunity space offered in terms of the physical size and landscape diversity of the Russian Arctic. This offers a unique opportunity to address major testable hypotheses concerning succession, landscape dynamics, spatial ecology and climate feedbacks and to directly examine processes occurring across continuous land-masses spanning large latitudinal gradients. The potential for obtaining deep environmental insight is therefore huge; however, capitalising on this currently under-recognised opportunity requires a coordinated approach linking UK and Russian researchers in a mutually beneficial collaborative framework.

The first stage in developing collaborative science in the Russian Arctic must be to establish what knowledge already exists but is restricted to either English-language or Russian-language journals. Putting emphasis on multilingual publishing or translation of new science into both languages would be a huge benefit to ongoing collaborations, since the existing scientific canon of literature would be more transparent and the danger of duplication much reduced. This ‘census of science’ would also help to identify priority gaps in the current knowledge and areas of special interest for research attention. Access to field sites for UK scientists in the Russian Arctic and for Russian scientists at UK facilities in the Arctic (e.g. the NERC research station at Ny-Alesund, Svalbard) would enable a global perspective on polar science. Even where physical access to field sites is not possible, sharing protocols, methods and datasets between UK and Russian researchers will ensure complementarity between groups working across the Arctic and promote more holistic Arctic science. An example is the American Geophysical Union’s recent ‘Enabling FAIR data’ project, where FAIR stands for Findable Accessible Interoperable Reusable, with the aim of opening data resources across the Earth and Space communities. Unless this includes translation of publications and datasets, portions of the community are still excluded when science is conducted exclusively in English or Russian. Collaboration between early career scientists in the UK and Russia can go some way towards ameliorating these issues since Russian-language research can be shared with English speaking researchers and vice-versa with the collaborating scientists acting as points of access.

The two workshops revealed that several Russian institutions benefited from an abundance of analytical equipment and physical resource, but sometimes lacked the technical staff or expertise to maximise their use. In the UK, researchers often have the complementary skill sets but a lack of capital for investing in laboratory equipment. There is therefore a mutual opportunity in organising knowledge exchanges, where UK researchers could visit Russian institutions with the aim of not only running their own samples on the Russian equipment, but also upskilling the local technical staff and maximising the utility of the equipment for other researchers in-country and enhancing the institution’s collaboration potential. This also circumvents some major issues of sample transport and bureaucracy that were identified during the workshops as barriers to international collaboration.

One potential pathway to this kind of reciprocity is to formally establish internships, knowledge exchange programs, in situ field courses and workshops endorsed by professional, academic and governmental organisations in either country. The workshops reported here provide excellent proof-of-concept that such initiatives can work and be beneficial for the individuals and organisations involved. Ultimately, some bilateral agreements between funding agencies in both countries would facilitate close, formal collaborative work. The existing examples of such agreements, e.g. between Russian Foundation for Basic Research and the Royal Society, demonstrate the potential impact of these initiatives, but they are scarce. There was also enthusiasm for ‘bottom-up’ collaborations, involving informal professional relationships between individual researchers or small groups working on complementary hypotheses or methodologies. Therefore, one of the outcomes of the workshops was to establish an online resource for connecting early career researchers from either country based upon thematic, geographic or methodological area of interest. These collaborations might involve shared access to field sites, instruments and both subject and technical expertise. Furthermore, in-country collaborators could streamline the bureaucratic process of obtaining visas and permits that can sometimes dissuade UK early-career researchers from working in Russia.

The Moscow and Cambridge workshops allowed researchers to define some actions that can be taken in the short term in order to facilitate future collaborations. However, the major outcome of the meetings was to establish long term collaborative links and infrastructures for ongoing international engagement. In the immediacy, a comprehensive list of potential funding sources (focussing on those available to early career researchers) is being compiled to encourage joint grant applications. The early career researchers present at the workshops are developing a contact list of researchers with relevant interests that are open to collaboration. An early career field training course is being organised to be held in the Russian Arctic in the beginning of 2019, a webinar series has been scheduled which will run both in Russian and English in autumn 2018 to enable specific skill-swapping and a wiki is being designed to describe and share operating procedures lessons from experience related to research in the Russian Arctic. Contributions to all of the above are welcome and those who are interested are encouraged to visit https://ukrussiaarctic.wordpress.com/ for more information. 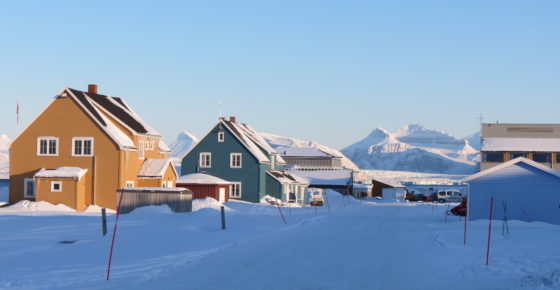