Venue: Online (dial-in details to be circulated nearer the time)

Join us for the webinar to hear directly from Tomsk State University’s leading researchers on the University’s ongoing and future scientific projects linked to the Arctic research and climate change impacts.

From environmental monitoring in the Arctic and sub-Arctic regions to Siberian rock glaciers to research into the Northern Hemisphere’s largest swamp system (the Great Vasyugan Mire) – Tomsk State University covers it all and much more! We will take you on an exciting journey to discover the University’s BioClimLand multidisciplinary research centre, environmental research across Siberia’s mega-transect and opportunities for fieldwork and networking across Siberia through the Siberian Change Network (SecNet).

Located in the city of Tomsk in Western Siberia, TSU is a well-established international science and higher education player and member of the UArctic. TSU operates three INTERACT affiliated research stations (“Aktru” in the Altai Mountains, “Kajbasovo” in the middle course of the Ob River, “Khanymej” in the permafrost zone) and has over 300 sampling sites as well as mobile laboratories for all-year fieldwork. (More details on the University and research facilities below). 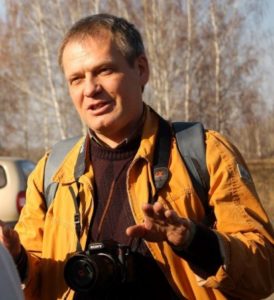 Over the years, Sergey developed one of the topical and poorly developed environmental issues – the spatial structure of ecosystems and landscapes. Sergey Kirpotin and his colleagues studied and comprehensively justified the global climate-regulating role of the West Siberian swamps. The team led by Sergey Kirpotin developed the Concept of Siberia as a unique natural mega-facility that largely regulates the carbon cycle and climate of the planet, unprecedentedly accessible to researchers, and which can become the basis for large network projects and research consortia. 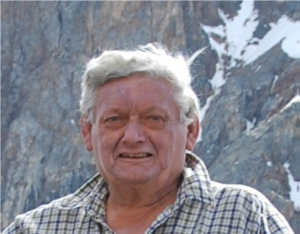 Terry Callaghan started as an Arctic plant ecologist in 1967, working for 53 years in every Arctic country. His research developed from plant ecology into ecosystem science and environmental change. He developed several scientific fields and has led many initiatives, contributing to major Arctic and global organisations and environmental assessments including ACIA, SWIPA, UNEP Ozone Panel and IPCC. For 14 years, he led the Abisko Scientific Research Station in Swedish Lapland and in 2001 developed the INTERACT network, which currently joins 88 stations. He co-developed the Siberian Environmental Change Network. His research contributions have been recognised by inclusion in the joint award of the Nobel Peace Prize to IPCC in 2007. 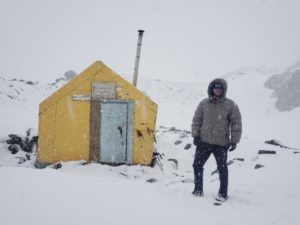 Associate Professor of the Geology and Geography Faculty and Head of the Glacioclimatology Laboratory at Tomsk State University (Tomsk, Russia)

In 2019, together with his young colleagues from Tomsk State University, Institute of Geography of the Russian Academy of Sciences (Moscow) and Institute of Monitoring of Climatic and Ecological Systems of the Siberian Branch of the Russian Academy of Sciences (Tomsk), Alexander re-established in-situ glaciers mass balance monitoring programme on the Aktru mountain glacial basin in Altai, which initially was started in 1956 and sadly stopped in 2016. Currently, it is the only glacier in Russia beyond the Urals data on which is being transmitted to the World Glacier Monitoring Service (Zurich). 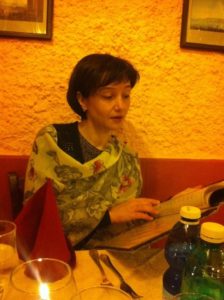 Olga facilitates international cooperation at Tomsk State University and is Head of the Secretariat of the International Consortium “Siberian Environmental Change Network” SecNet.

The largest classical university in the Asian part of Russia, TSU was founded in 1878. Today TSU is one of the leaders of Russian higher education, including in the field of fundamental scientific research. It is ranked 250th in the QS and is one of the seven strongest universities of the Russian Government’s “5-100” Programme for Russia’s higher education institutions. There are 20 faculties and institutes at TSU. The university has around 16,000 students, including over 1,800 international TSU students from such countries as the USA, the UK, Germany, France, Australia, Italy, Poland, Mongolia, China, Vietnam, South Korea and others. TSU offers a multilevel educational system: undergraduate courses, specialist training, graduate courses and others. There are 136 Master programmes in 54 areas (including English programmes).

Key TSU activities related to the “Arctic area” include:

Unique mega-transect unparalleled anywhere in the world with an advanced cluster of field stations for conducting surveys, monitoring, sampling, live experiments, and manipulations was founded, extending 2500 km from the high mountain region of Altai in the south and to the deep Arctic Region in the north. Infrastructure consists of three research stations (“Aktru” in Gorny Altai, “Kajbasovo” in the middle course of the Ob River, “Khanymej” in the permafrost zone) and 2 research stations under development (“Vasyugan” in the Great Vasyugan mire and “Seyakha” in the Ob Bay). More than 300 sampling sites as well as mobile laboratories for all-year fieldwork.
http://www.secnet.online/megaustanovka-eng.html

International Summer School “Natural and Human Environment of Arctic and Alpine Areas: Relief, Soils, Permafrost, Glaciers, Biota, and Life Style of Native Ethnic Groups in a Rapidly Changing Climate”. This School takes place every July at the TSU Aktru Research Station in the Altai Mountains and attracts students from all over the world.

Massive open on-line course (MOOC) “The Changing Arctic”. Presented by Prof. Terry Callaghan and produced by Tomsk State University in English and Russian.  As of September 2020, over 6000 students have accessed the course in English and over 457 have received qualifications.

Interactive Graphic animations of Arctic environmental processes developed with acknowledgement of UArctic and INTERACT. Animations and other educational products are included into UArctic Arctic Educational catalogue and located here. 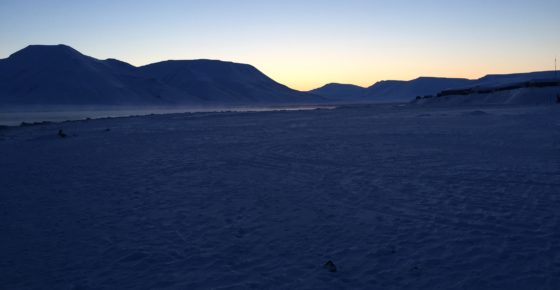