Since 1991, the UK has had an Arctic station in the small settlement of Ny-Ålesund, which is run by the Norwegian Kings Bay Company. Accessible by a short plane flight from Longyearbyen, the visitor is greeted by a spectacular backdrop of mountain, glacier and fjord. 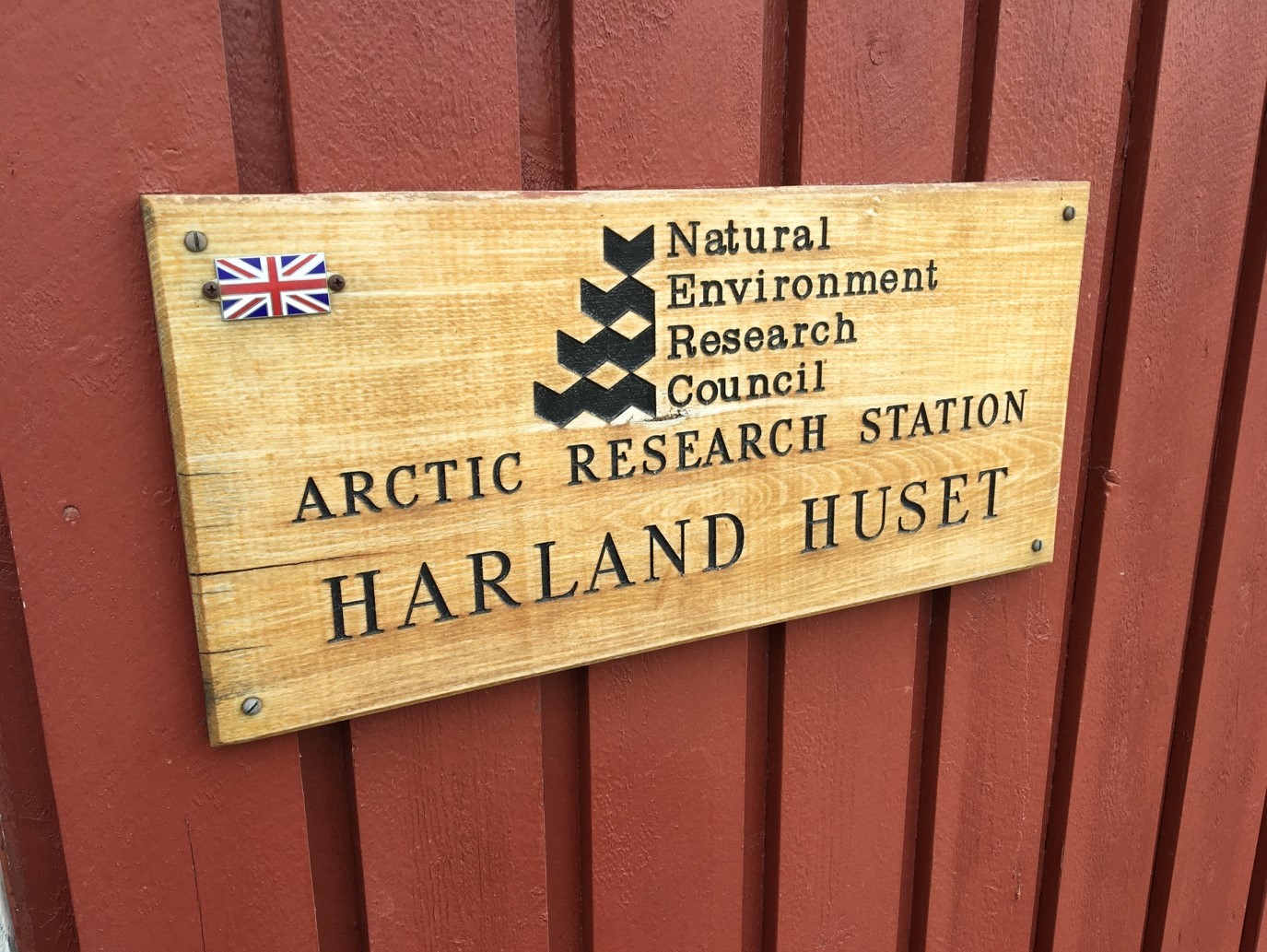 With the support of the British Academy, I visited Ny-Ålesund with a Singaporean colleague, Dr Chih Yuan Woon of the National University of Singapore. Our research project addresses the growing interest in Arctic matters by Asian states. However, our host was the UK Arctic station manager Nick Cox. And this proved fortuitous for several reasons. Practically speaking, there are few people more qualified to explain how Ny-Ålesund functions as a scientific hub for a multitude of nations and their Arctic stations. As you enter the settlement, the eye can easily identify the distinctive Yellow River scientific station of China and the Korean and Indian equivalents. Europeans are also represented in the form of the French, German, Dutch, Italian and of course Norwegian facilities. 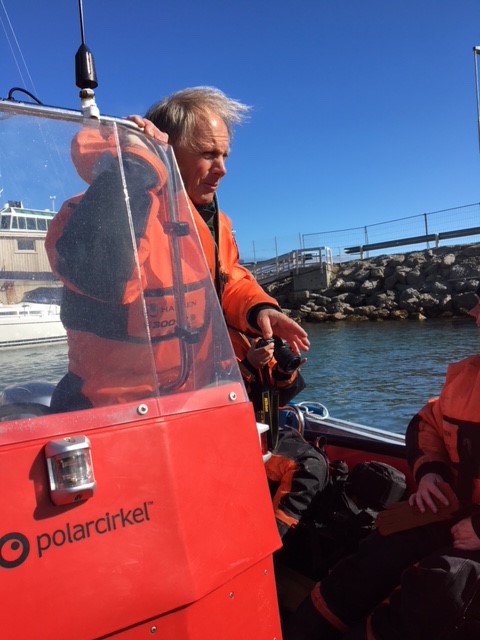 Under Nick’s expert eye, we were able to meet and converse with scientists around the world and better understand the social and scientific dynamics of the settlement. Compulsory rifle training provided an excellent ice-breaker with a group of Indian scientists, and a shared dining room offers further opportunities to interact with scientific parties coming and going from the field. Polar bears and Arctic fox are regular visitors. Our visit coincided not only with the World Cup but also a period of unsettled weather which offered up a telling reminder that Arctic science, for all its sophistication, is at the mercy of prevailing weather and corresponding flying and sailing conditions in and around the airport and fjord respectively. Conversation about football and science intersected with one another – both need team work and agreement about codes of conduct.

Inside the UK Arctic station, the living quarters offered up further evidence of the internationalization of Arctic science. As with the Indian research station albeit on a more modest scale, the walls are covered in flags representing the nationalities supported by the British station. There are 40 flags, a near A-Z of scientific co-operation from Argentina to Ukraine. While modest in size, the UK Arctic station is an important hub for scientific networking and site of research, which contributes unquestionably to the profiling of the UK as Arctic science producer. 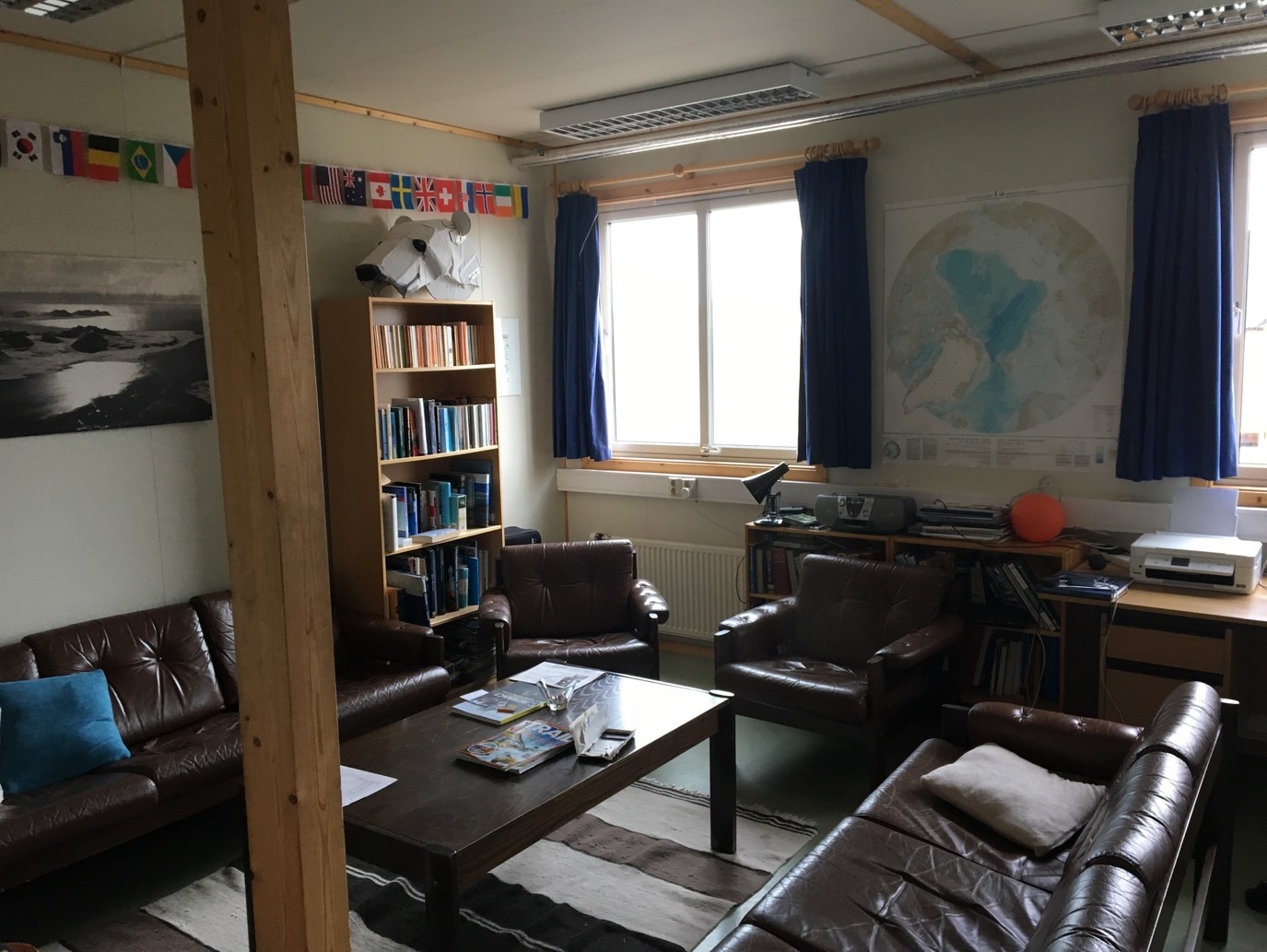 As an original signatory to the 1920 Svalbard Treaty, the UK is entitled to have a presence on the territory of Svalbard, which is acknowledged to be a Norwegian territory. The settlement of Ny-Ålesund, a former coal mining centre, was transformed into a site for Arctic tourism and science in the 1960s and 1970s. In 1992, it was decided by the Norwegian authorities that the settlement should be opened up to international scientific establishments. British and German scientists were joined by other European countries and later Asian countries from 2004 onwards. While we were there, Ny-Ålesund received daily visits from cruise ships and tourists able to walk past the scientific stations. The vast majority were respectful of the raison d’être of the settlement. On every station door, there is a polite refrain in four languages asking visitors not to enter into these properties. Most visitors linger outside the Yellow River research station because of the distinctive Chinese dragons outside the front door. 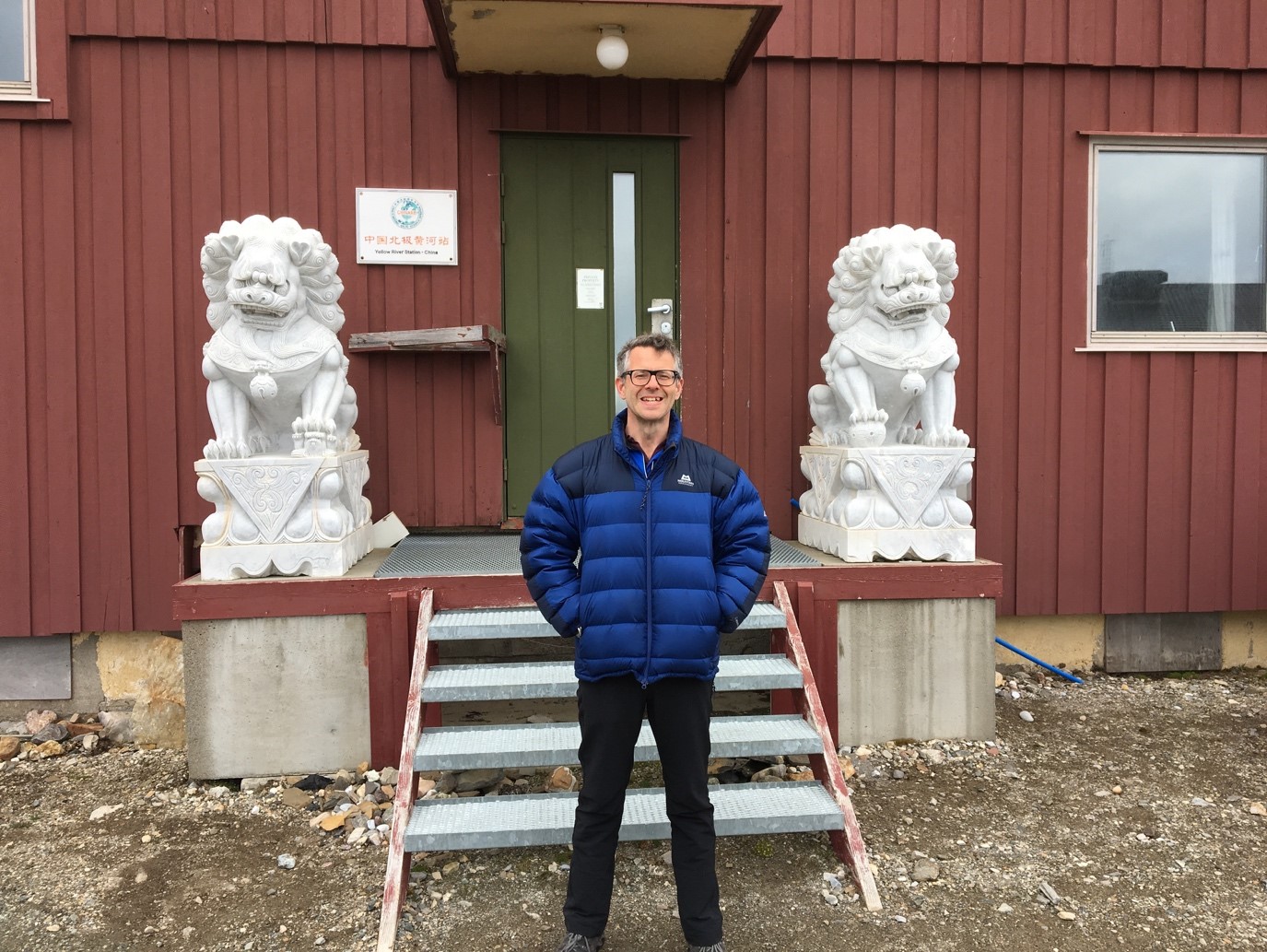 The UK Arctic station is altogether more discreet by comparison. But that should not distract from its seriousness. As part of the visit, we were fortunate to accompany BAS scientists and learn more about their research on terrestrial ecology in Svalbard. Soils like ice cores can and do act as an excellent archive of long-term environmental change. And this research, alongside other areas of activity, not only contribute to our understanding of Svalbard’s geological, glaciological, biological and lithological history but also contribute to the UK’s presence in the Arctic.

Polar social scientists, inter alia, focus on how science helps to make the Arctic as a distinct study space. As an observer to the Arctic Council, the UK’s investment in a summer season research station on Svalbard is pivotal to wider UK government’s policy about the country’s near proximity to the Arctic. As our conversations reminded us with the BAS staff, the research carried out in Svalbard is tied to a network of institutions and interests ranging from the NERC Arctic Office and BAS in Cambridge to international collaborators and conferences which facilitate and show-case that work. The Arctic in that sense is ‘stretched’ way beyond the small settlement of Ny-Ålesund. And, of course, Ny-Ålesund acts as an important spatial platform for Norway to exhibit Arctic leadership. 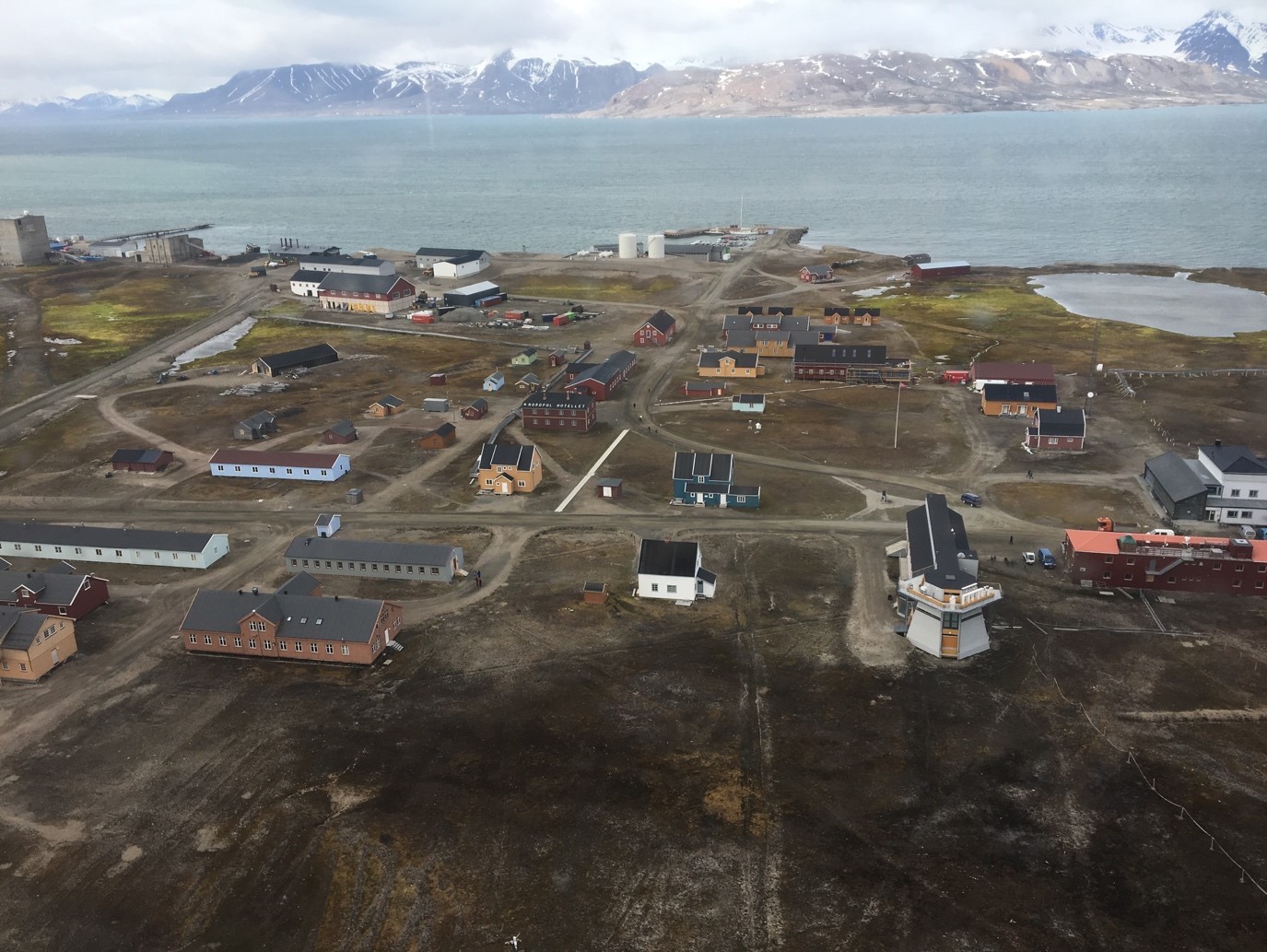 Finally, the UK Arctic research station in Ny-Ålesund is a useful reminder of what is at stake when we speak of a ‘global Arctic’. While we were staying there, a young Danish researcher was enjoying the support of senior BAS colleagues including the station manager. Colleagues from a near-Arctic state (UK) was aiding and abetting a scientist from an Arctic state (Denmark) while based on another Arctic state’s territory (Norway). Through conversations at the station and scientific work in the field, the scope of the Arctic becomes somewhat more fluid – a space for connection, conversation, intersection and for the making of commonality. Arctic and non-Arctic states and their representatives working and observing together.

Klaus Dodds is Professor of Geopolitics at Royal Holloway, University of London and co-author of a forthcoming volume, The Arctic: What Everyone Needs to Know (Oxford University Press 2019 with Mark Nuttall). He is specialist adviser to the House of Commons Environment Audit Committee Changing Arctic inquiry. 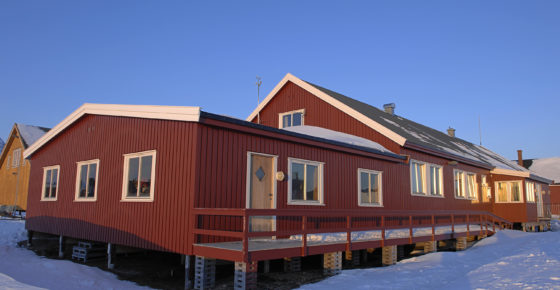